A Home For A Missing Puzzle Piece

Recently I met with a mastermind group I’m a part of. Together we 5 make a brilliant and powerful force to bring anything up and talk about it. One of the woman was sharing with us an experience she had in meeting a new organizational client. She was explaining the vibe she felt in the room of who wanted to be there, who didn’t, and the overall feeling of the team.

As she spoke, I started to feel twitchy. I began to fidget and my palms started to sweat. My heart was beating faster and I could feel my breathing change. I transported myself to be in the room with her, reliving the moment and felt how I did repeatedly for years being part of different teams over my career.

And then she said this something to this effect – ‘and I didn’t say a thing. I sat quiet and watched’.

That was one of the biggest learnings I’ve had a really, really long time.

I couldn’t sit quiet any longer. I voiced how I would have lobbed my observations into the space, to put voice to the feeling many were obviously feeling, to start the introspection and dialogue that was so desperately needed, to start creating greater awareness to where many felt they had no power to effect change.

What opened up was such great learning that I had to share.

The group loving turned to me and called me a ‘lightning bolt’ and to the woman sharing the story, they called her the ‘lantern’.

As quickly as the bolt built up, I released it.

One approach isn’t any better than the other – it’s just what we bring to the table as part of our unique magical concoction.

Whereas my friend has a presence about her that invites people in to reflect on choices and which path to take – imagine her standing at a fork on the road, holding her lantern, helping you to see the options. My presence has a more electrifying way about it, slicing through the noise with a *KA-BANG* to see what is truly right in front of you, so you can deal with it and move on.

Both get to the same thing, using different approaches.

I wronged myself for years for having a different style.  I toned it down because it bit me in the ass one too many times. The energy I give off is the feeling you sense when a lightning storm is in the area.  While it was building in me, others could sense it. Just like people – some love the chaos a storm brings, and scares others.

What do you sense when you feel your natural talents wanting to come out? 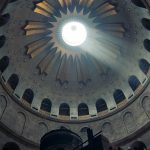 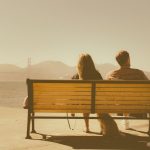 A Love Letter
Scroll to top